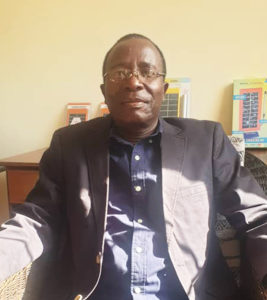 Mr. Mujala is aged 55. He worked for BP Zambia for 27 years, from 1981 to July 2008. During his 27 year career with BP, he served in various capacities rising from clerical level to senior management. With a Masters Degree in Marketing, Mr. Mujala held positions in the Logistics Function for five (5) years, responsible for primary and secondary distribution. He served as Senior Depot Manager and Area Operations Manager for the Northern Region.

From 1999 to 2000, he worked with a consulting firm (CCA – Competitive Capabilities Africa) driving a marketing strategy for BP Africa as well as assisting in strategy work in BP associates in Africa. The role was based in Johannesburg, South Africa.

Mr. Mujala held the position of Regional Sales Manager, covering Zimbabwe, Malawi, and Zambia with responsibility for the Transport and Government market segments from 2001 to 2003. During the same period, he was part of the team that provided business strategy direction in Tanzania and Botswana.

His last position in BP Zambia (2003-2008) was that of National Sales Manager, a position that among others is responsible for marketing strategy, sponsorships, Quality Management System, and sales promotion programs for the company. His team totaled 53, with various skills from engineering, marketing to accounting.

Post formal employment with BP, Mr. Mujala, among other businesses, runs and is a partner in Musamba Technologies Limited, a company that supplies Lumwana Mining Company in the North-Western part of Zambia.

Mr. Mujala has been part of World Panel Zambia Limited since its inception in 2014 managing the marketing side of the business.